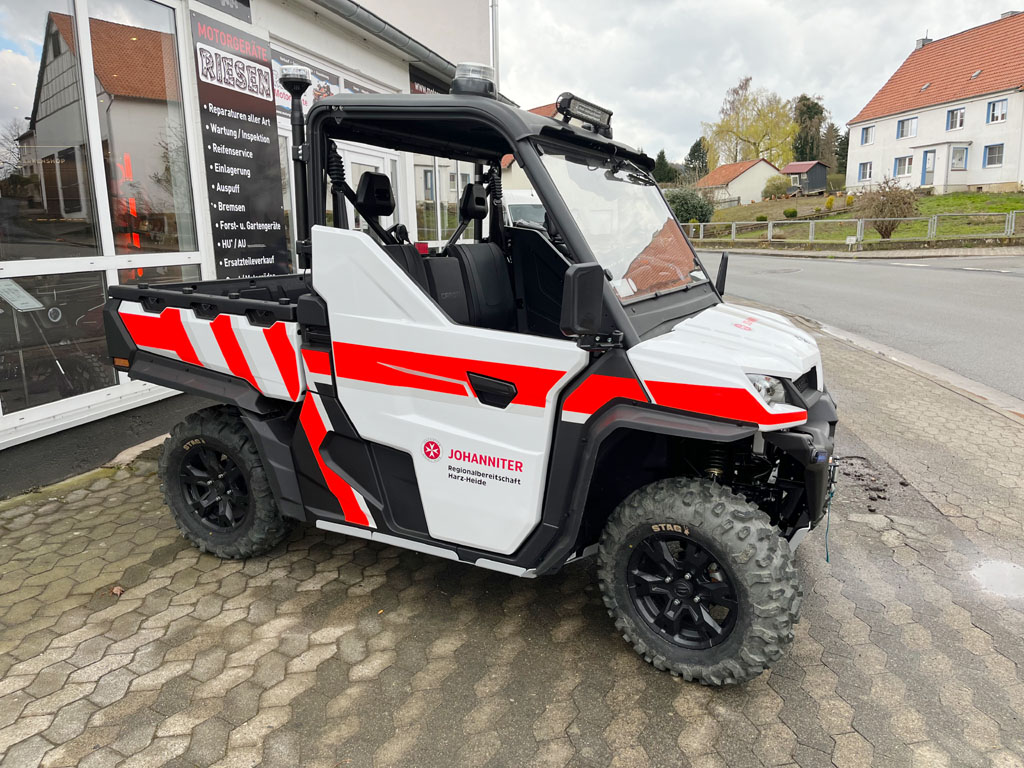 Accidents in rough terrain and off the beaten track regularly pose special challenges for rescue workers.

Mountain regions, hiking and ski areas are popular starting points for sun, adventure and adventure seekers. They are out and about in all seasons and in all weathers and can injure themselves or have an accident. If an injured person is somewhere in the forest, maybe even without a mobile phone connection, things can get tight under certain circumstances and depending on the injury. That’s why the Johanniter Unfallhilfe contacted Dirk Riesen’s team.

At the Motorgeräte Riesen company, the Harz-Heide regional preparedness team was looking for an all-terrain emergency vehicle for the purpose just described. The choice fell on a UForce 1000 from CFMOTO. Dirk immediately ordered the right doors and an underride guard before further conversions and upgrades were carried out. The telescopic blue light systems can also be switched to yellow signal light, the smaller lights found space in the paneling. A strong light strip illuminates even the darkest forest path at night, two light cubes do the same to the rear. The driver’s cab, which is protected by a windscreen with a wiper, contains the control systems for the additional assemblies, which of course also include a siren – the special signal system. The Johanniter took over the foiling in their colors themselves, but have already ordered two more UForce.