ATV Quad Magazine
Home News The GCC is back 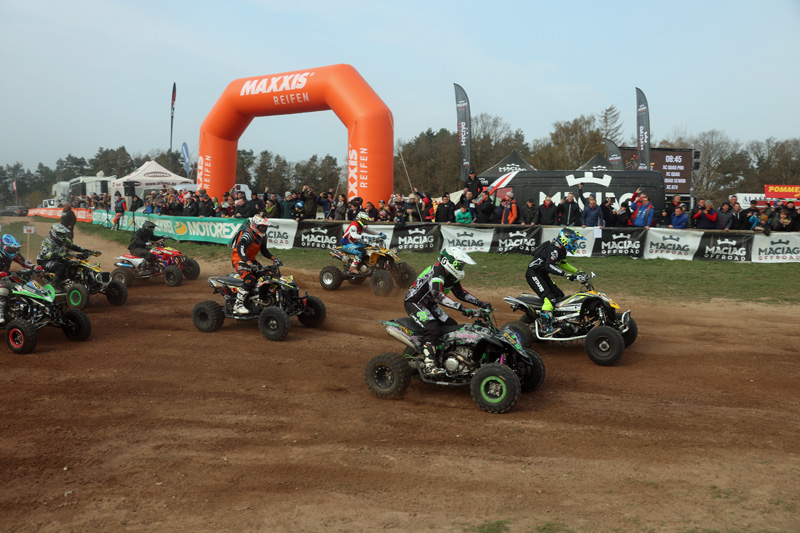 After 927 days the German Cross Country Championship (GCC) is back! At the start in Triptis, Thuringia, not only Petrus showed what he has to offer. The approximately 600 named participants also defied the long break and came in large numbers to the route of the MSC Triptis.

The Saturday of the race was all about spring. Plenty of sun and pleasant temperatures created a good atmosphere in the field of drivers. “It was a tailor-made start. It’s nice when it starts again after such a long time with sunshine and good-humored participants,” says GCC series manager Christian Hens. “The track was in top condition and all the races on Saturday went off without a hitch. Great praise goes out to Andreas Haupt and the entire MSC Triptis team,” Hens continued. There are a few new faces in the Quad Pro class, and there seems to be a new ranking here after the break.

with the well-known high number of participants.

It’s going on in three weeks!

The GCC Sunday belongs first to the quad and ATV drivers. The announced rain was still a long time coming. Kevin Müller (Offroad 360) initially took the lead in the Quad Pro class. Behind him were Denni Maas (STH Racing) and Radek Pors (Galaxy4Bike) from the Czech Republic. Manfred Zinnecker then pushed his way forward step by step and took the place in the sun after the leader, Müller, dropped out. He defended this until the end and won the race with a lead of more than four minutes in front of Denni Maas and Luc-Aaron Braasch (Quad Briel Racing Team), who gradually moved up the field.