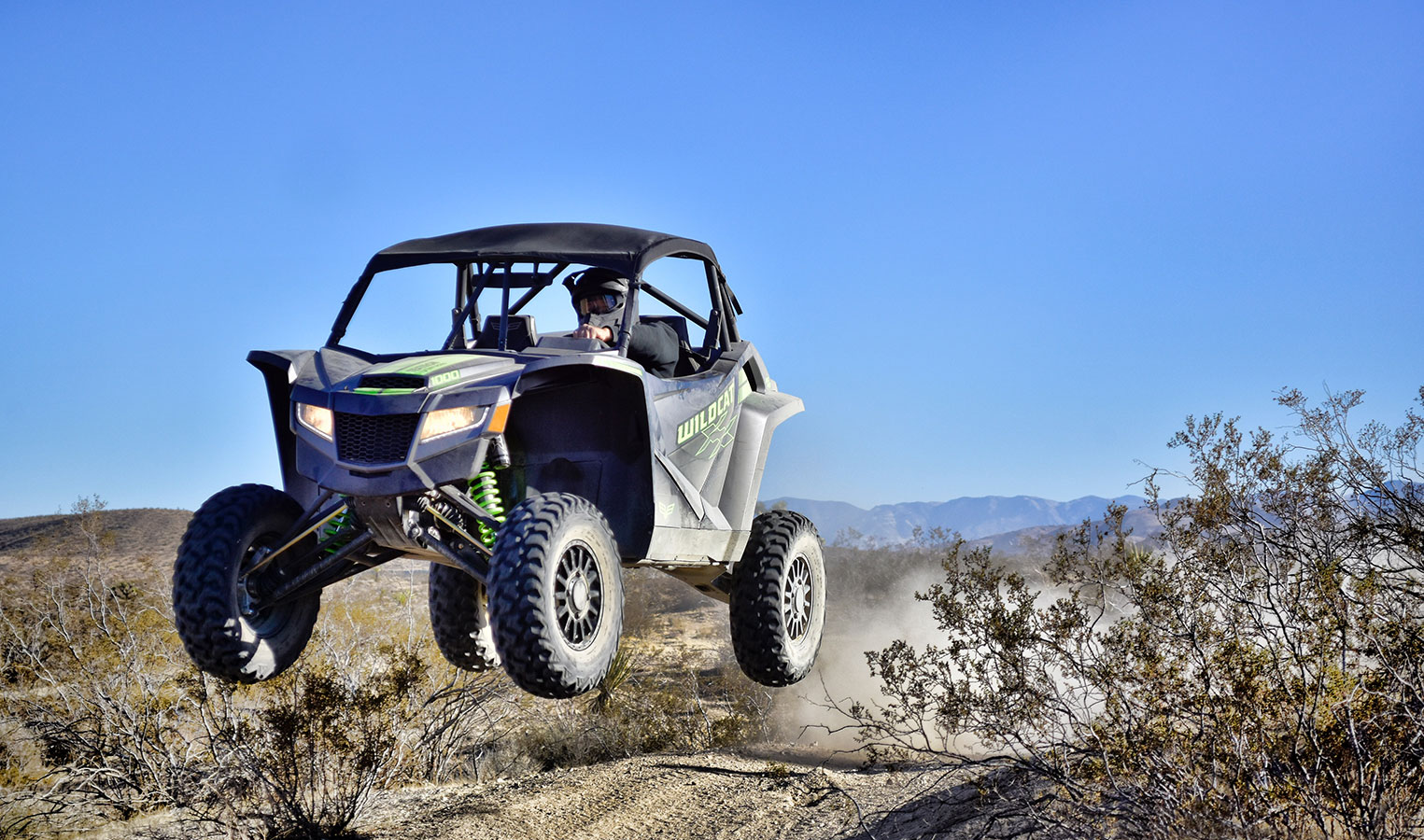 We already reported in Apron the new vehicle presentation about Textron’s plans to shake up the side-by-side market with a new vehicle.

As an engine, Textron uses the 1000 three-cylinder known from the side-by-side Yamaha YXZ 1000R due to a joint venture with Yamaha. With Textron, however, the switchability of the drive with real gears in the Wildcat XX is missing. With engine modifications it is sufficient for the Wildcat XX for standard 125 HP output (Yamaha standard output YXZ 1000R = 112 HP). 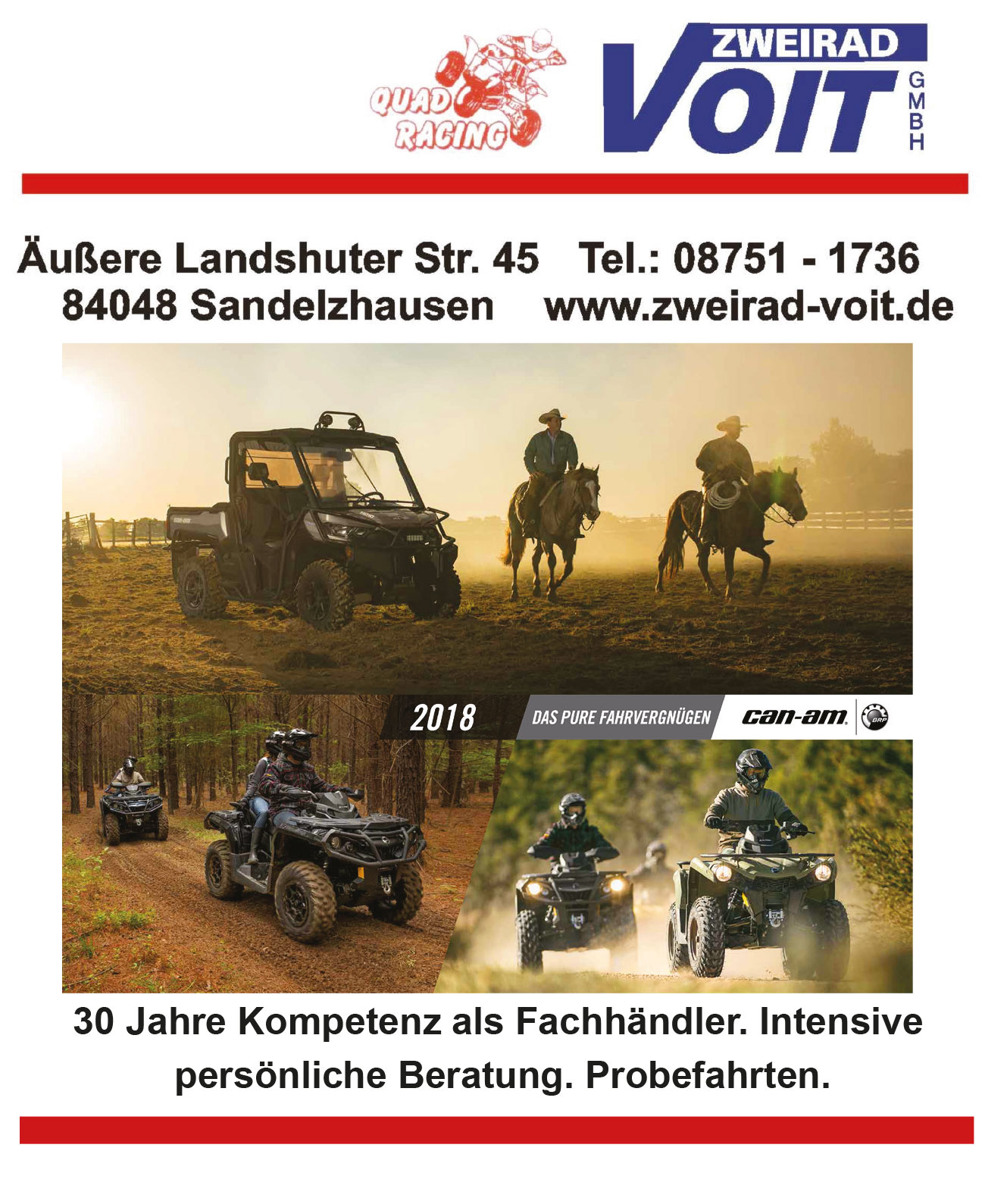 Textron installs a CVT transmission specially designed for the extreme loads. Otherwise, the new design of the Wildcat XX did not make use of existing assemblies from the former Arctic Cat production. Yes, for cost reasons, various gimmicks such as electronically adjustable damping and the turbo (which is being planned and will probably follow in the next two years) have been omitted. Textron’s objectives for the engineers for the first sports UTV were clear and simple. To design a side-by-side from the ground up in such a way that it is sufficient for tough sports use and at the same time is characterized by reliability and simple service. And of course there will be plenty of accessories of all kinds at the start of sales at the end of February 2018. There are currently over 200 accessories. 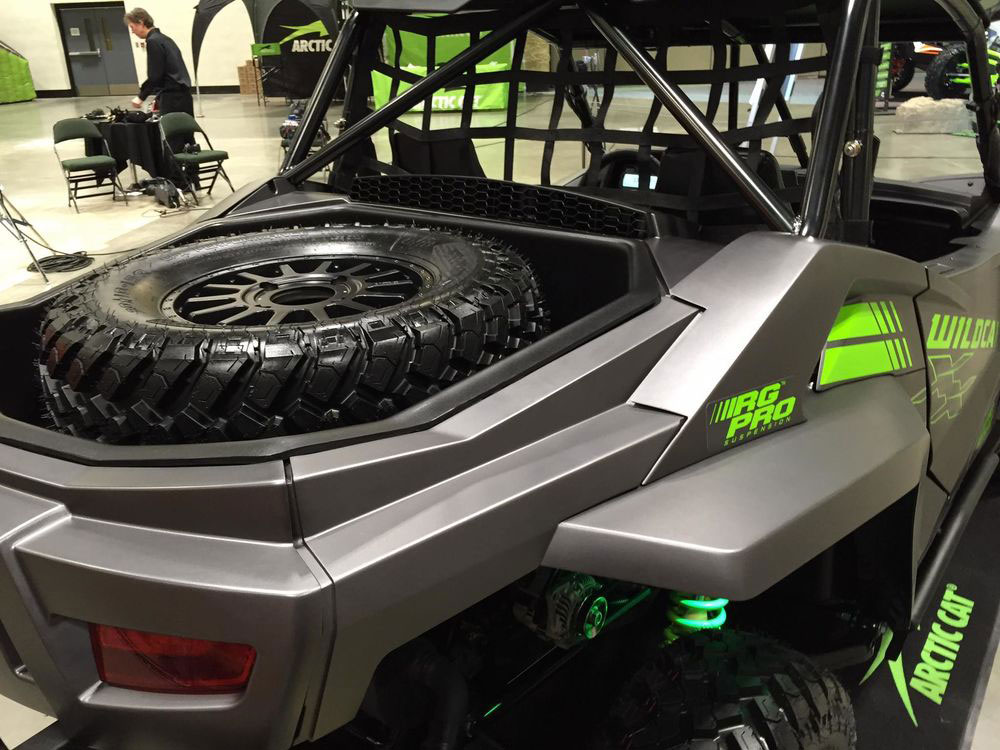 Textron Wildcat XX: A complete spare wheel is quickly at hand in the event of an emergency during a race.

To achieve this, Textron has hired long-time experts from the US racing scene. Robby Gordon including the Racing Team or Todd Romano, for example, who is also an experienced racer with a lot of experience. Robby Gordon and his team alone tested the new wildcat as prototypes over 20,000 miles. Textron and other racers just as much again. Offroad mind you, pure offroad with high to maximum speed. Robby Gordon was even there for the presentation on February 25th in California. The journalists were able to take a seat next to him in the Wildcat on the in-house test track. Robby drove around 9 hours from morning to evening, only interrupted by refueling, without any problems lap after lap. And the side-by-side was definitely not given anything. Some sections of this circuit can be seen in the video.

We at Quadjournal are looking forward to the first rounds with the promising Side-by-Side.

Historic victory in the toughest rally in the world – BRP Can-Am wins the...