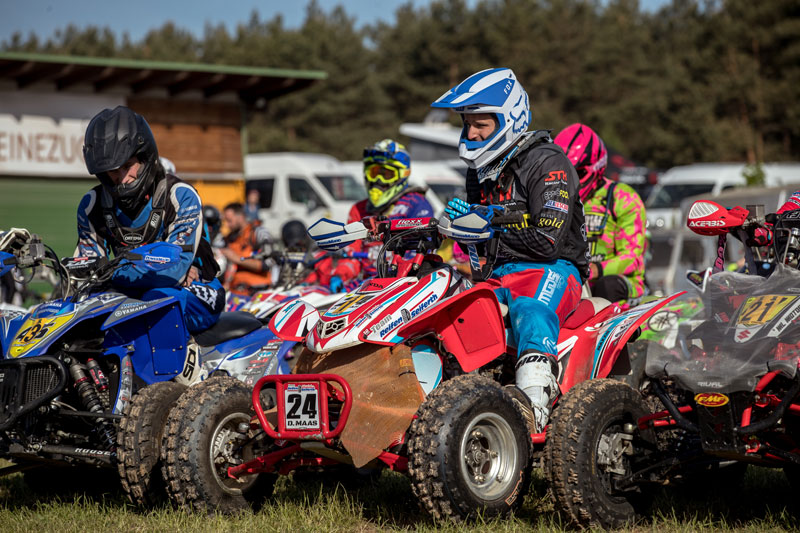 Not only the German Cross Country Championship (GCC) is back in the anniversary year. Petrus was also in a good mood and, for the first time in the season, created a summery atmosphere on and around the route of the MSC Walldorf/Werra.

The first chairman Heiko Schmiedl was visibly satisfied: “We had a great weekend with many participants and spectators. Despite the sun and dry conditions, our track team had everything under control.” GCC series manager Christian Hens was also completely happy: “Great praise goes out to those responsible in Walldorf. In order to keep the track under control, good watering decisions were always made at the right moment – despite the heat, all races were completed to the end.”

There was a photo finish in the Quad Pro class. In the end, Denni Maas (STH Racing Team / Reifen Seiferth) was a mere nose ahead. He fought a real duel with his opponent Kevin Müller (Offroad 360) after an initially larger lead in the last laps, which remained open until the last corner. Maas saved his lead to the finish and is the leader in the XC Quad Pro class after two races. Special praise goes to Marie Lücke (Quad MX Live Racing Team). The 19-year-old took a strong third place in the pro class!

The GCC is now moving on to Venusberg. On June 11th / 12th, 2022, the third run of the German Cross Country Championships in Saxony will take place.