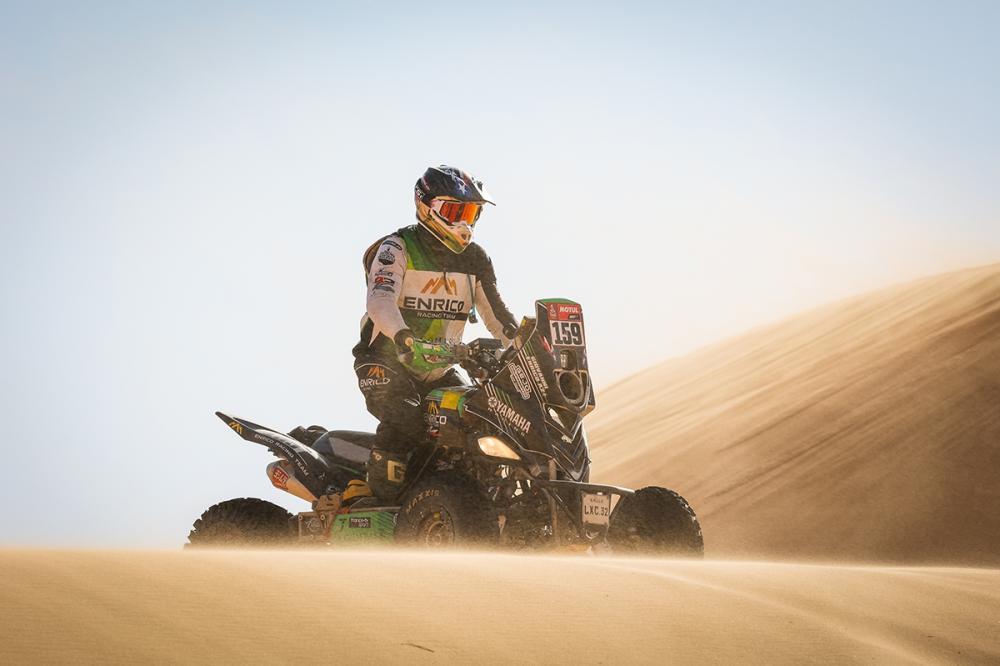 This year’s Dakar Rally will largely take place in camera. Nevertheless, the participants give everything and fight for every second. After the failure of the Argentine Nicolas Cavigliasso, the Chilean Giovanni Enrico has now moved up to third place.

Giovanni Enrico is competing in the Dakar for the third time. However, without having reached the checkered flag so far, which does not seem to affect the enthusiasm or the ambitions of the Antofagasta driver. Giovanni knows he has the speed and rhythm to keep fighting for the lead and he proved it in Saudi Arabia when he won the stage on day three. On the sixth day, when he really got into the rhythm, however, a water hose broke and this caused the subsequent engine damage. The renewed engagement in the Dakar Experience modality enabled him to achieve the goal, which was only his consolation prize. In 2020, with no chance to compete in times of pandemic, he exercised vigorously at home with physical work and respected isolation. In collaboration with Italo Pedemonte (team-mate) Giovanni travels east with a family support group made up of his father, sister, a cousin and a mechanic, as well as a good supply of hoses. There are no compromises when it comes to formulating your goals. There is no such thing as half measures or false modesty. His goal is to be at the top of the ranking or on the podium. No other result will satisfy him.

GE.: “We had a very good race on the last Dakar. On the third day I scored a stage win and on the sixth day I was fighting for the lead. Just when I was feeling better than ever, the main radiator hose that leads to the water pump broke. This has never happened to me before. We fixed the hose as best we could, but the engine overheated and broke down as a result. Italo (Pedemonte), my team-mate, dragged me away for a while, but I told him to go on alone and not waste any more time. I decided to take part in the Dakar Experience again and then I reached the end of the second day and won this consolation prize, which helped me over so many disappointments. This time we share a team with Pedemonte again, but although we help each other in the race, everyone follows their own strategy. What do I want to achieve on my third Dakar? I won’t just get to the finish ramp, I want at least to be on the winners’ podium and as high as possible! “

The current leader in the quad class is Manuel Andujar from Argentina, who is also riding a Yamaha 700. If nothing unforeseen happens, he could enter the books as another winner in Dakar history. Portrait follows.