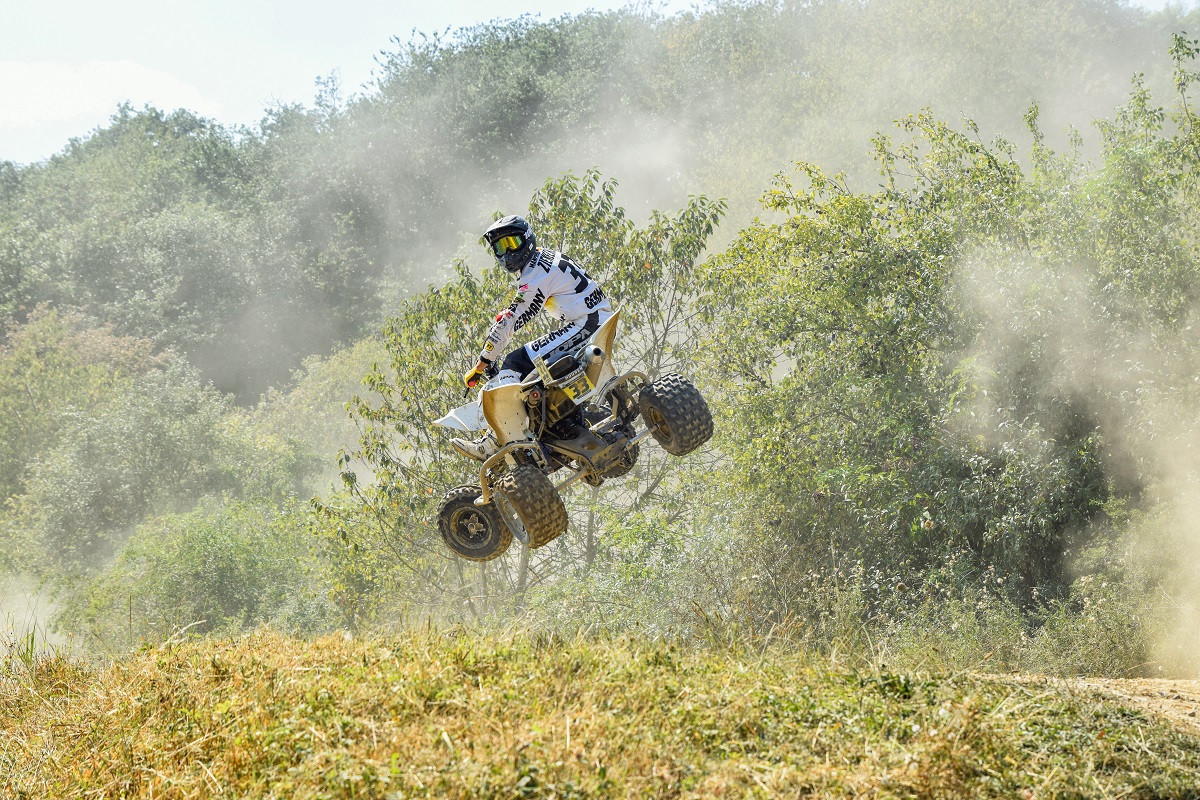 Manfred Zienecker at a training session

Over 20 countries will compete in teams of three on September 22nd and 23rd in Slagelse in Denmark in the Quadcross of Nations. In addition to Americans, Canadians and many Europeans, a German delegation also takes part in the event.

The team supported by the DMSB and various private sponsors is looked after by the 25-year-old team manager Florian Moser, who can rely on a highly motivated supporter in the person of Milena Krafthöfer. With the pilots Julian Haas, Martin Bach and Manfred Zienecker, the team relies on a mixture of experience and youthful unconcern. 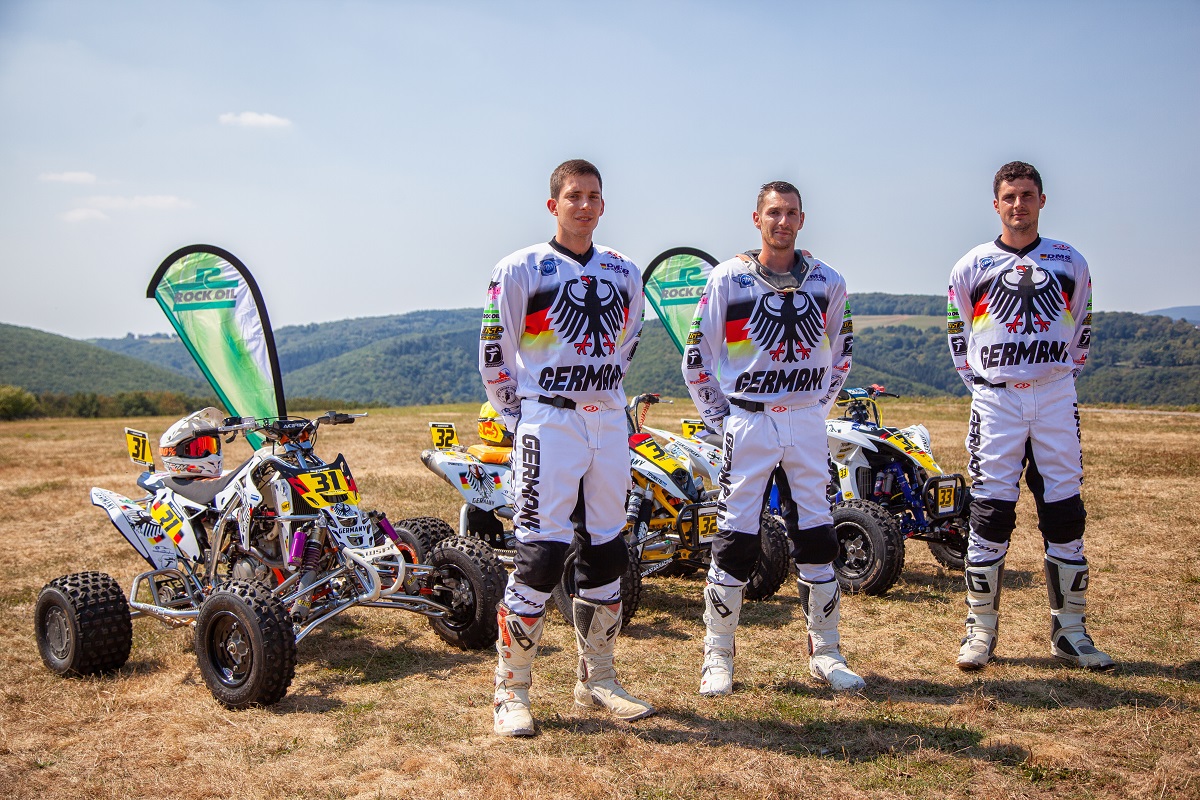 The team from left to right: Julian Haas, Martin Bach and Manfred Zienecker. Uniform decor based on the jerseys of the German national soccer team of days gone by.

The WSP-KTM rider Julian Haas, born in 1994, can look back on two third and one second places in the final accounts of the German Quadcross Championship. Apart from that, the Bingen man won the Hessencup last year and a third place in the “Nations” is already on the credit side of the athlete. 30-year-old Martin Bach has been riding a quad for six years. In 2016 he won the Hessencup. He is one of the top 10 pilots in the German Quadcross Championship and wants to collect as many points as possible for the team in Denmark in addition to experience. Manfred Zienecker, who is only 21 years old, has been riding racing quads for 11 years and, in addition to the German Quadcross Championship, also competes in the ultra-strong French elite racing series. In Germany the Yamaha rider is currently in second place in the table, in France in fourth place. 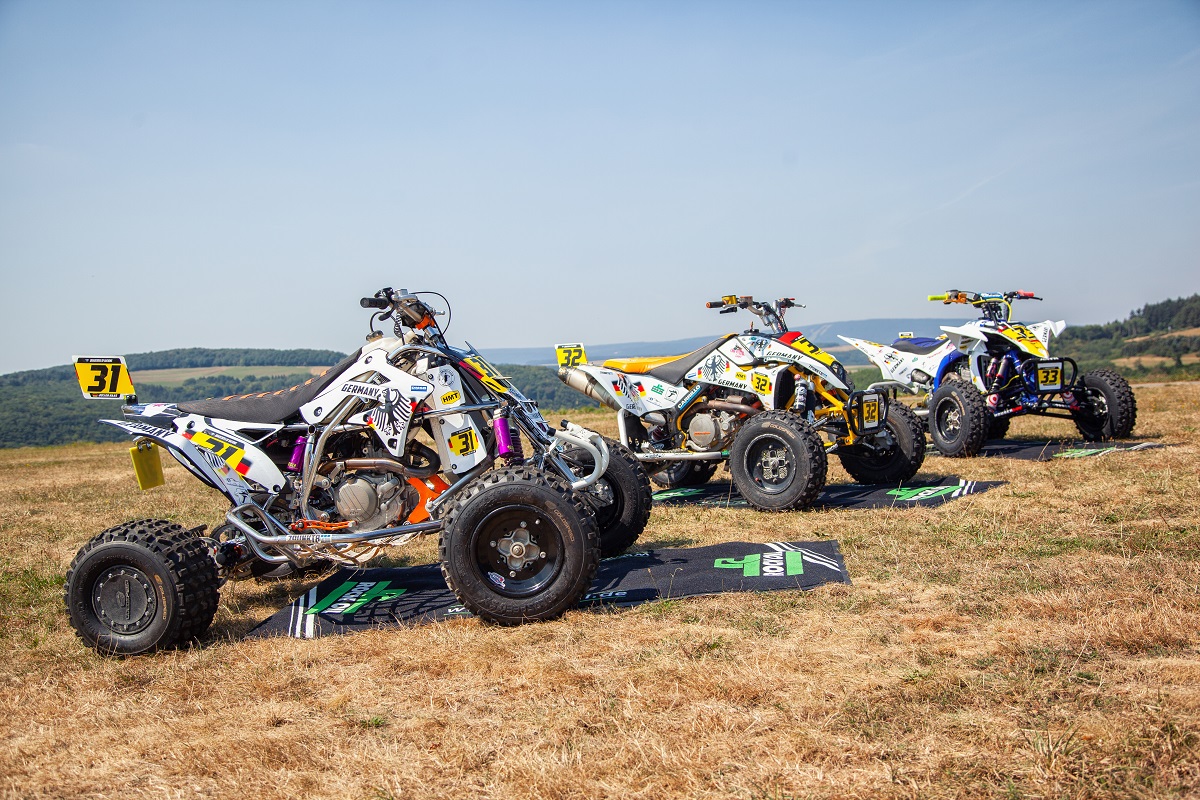 The team is aiming for a podium finish after a disappointing 11th place in 2018. The German quad sports community should like such a result.

Kinderquad24.de – quads for the youngsters

From the beach to the mountains