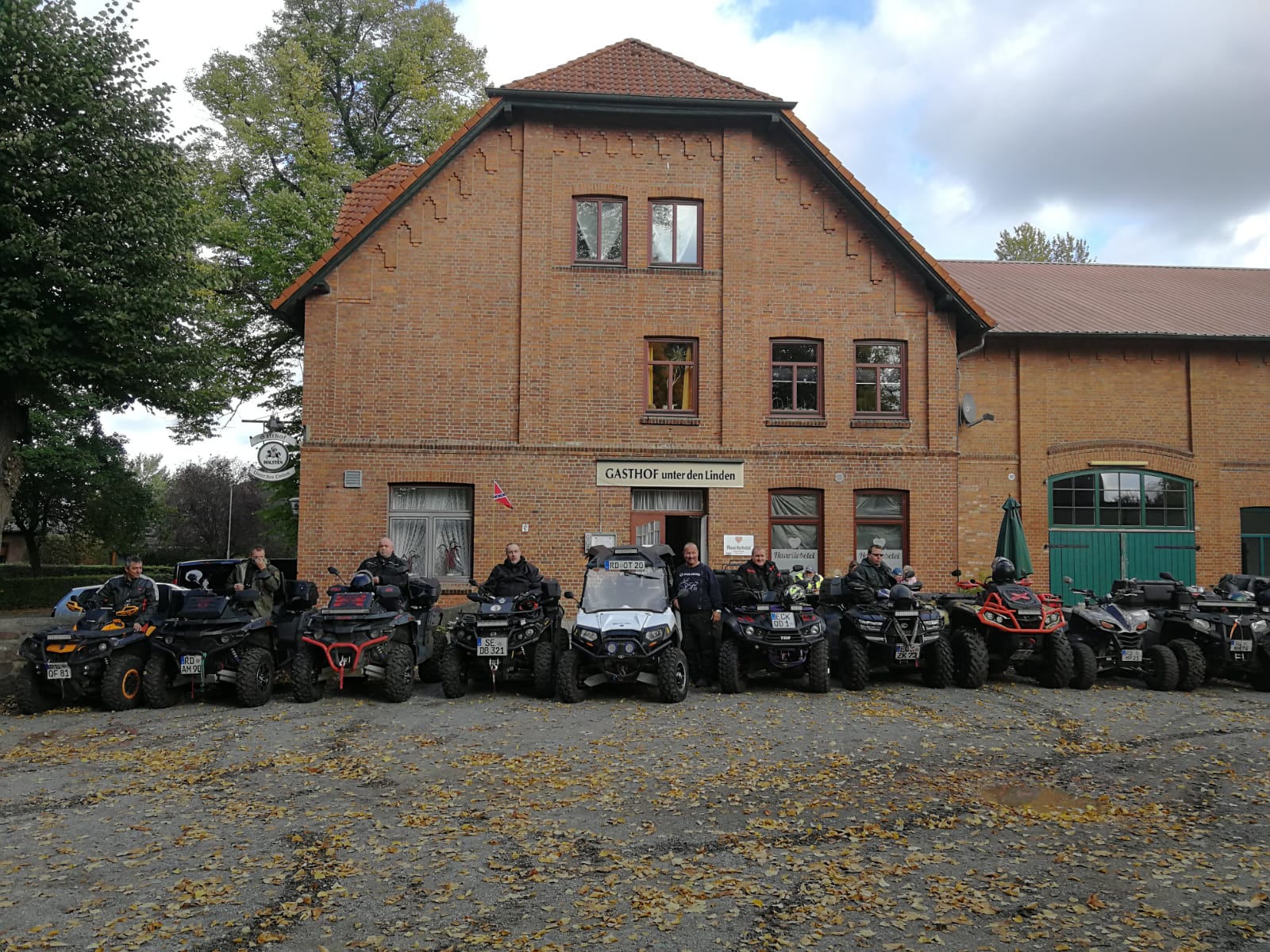 The Quadfreunde Schleswig Rendsburg held back during the Corona restrictions like almost everyone. But now they have finally taken another trip together. Of course, in compliance with the security measures.

It took far too long, now the Quadfreunde Schleswig Rendsburg have finally undertaken a small tour together again. Visiting the former place of work of the late actor Jan Fedder as an intermediate goal was an emotional highlight for everyone. Oliver Locht tells us about the tour.

“On Saturday at 9:00 am we met in the pouring rain in Neumünster. Despite the rain, we started with 14 quads. As soon as we sat on the vehicles, the rain stopped and the sun was even shining. We drove on dirt roads through the Segeberger forest in the direction of Rickling, Bad Segeberg and Bad Oldesloe. After 75 kilometers we are in Büttenwarder (Grönwohld) arrived. We were served very warmly, of course one was allowed “Lütt and Lütt” not missing. The guest room is original like in the series, only a picture of Atsche and Brackelmann hangs there. After we had strengthened ourselves, we drove eight kilometers to the Brackelmann Hof in Trittau. Only a few small mourning ribbons remind of Jan Fedder. It was very impressive. After a good 170 kilometers we were back at the starting point. The whole group agreed, a great tour. “

Buy a Polaris SPORTSMAN 570 and get a practical Kolpin transport box for free...