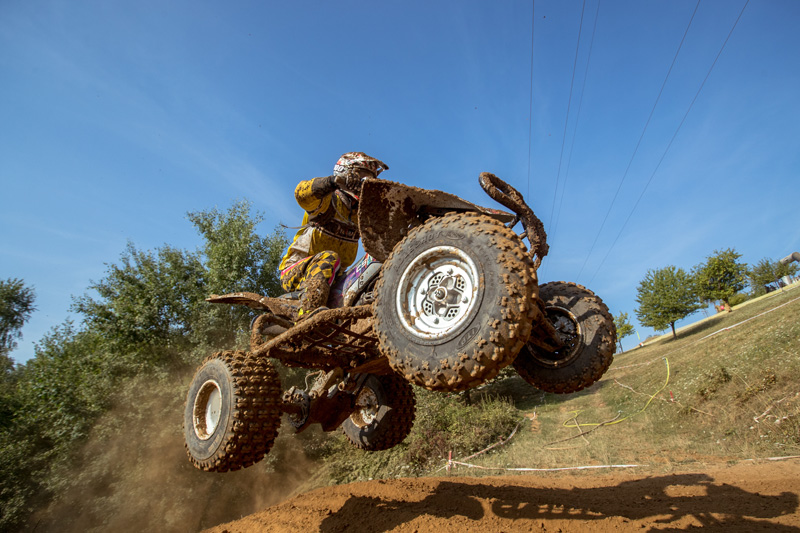 The warm summer weather at the fourth round of the German Cross Country Championship (GCC) in Goldbach once again created a positive atmosphere in the anniversary year of the off-road series with the most participants in Europe.

Exciting action in the GCC.

More than 600 drivers from 5 nations were at the start at the traditional GCC organizer, the MSC Goldbach. Race manager Patrick Hausberger was very satisfied: “After two years of “forced break” we finally had race action on our track again. It wasn’t easy to keep the course in good shape despite the high temperatures. Thanks to our large team and the help of the fire brigade and rescue services, we got through the weekend well and had the dust under control as far as possible.” The MSC Goldbach was not only well positioned on the route, but also had something to do with the spectators and party friends so that the Festhalle has something to offer once more.

As every year, there is a rating for ATVs…

…and for quads. This is Europe’s biggest series in off-road racing.

In the XC Quad Pro race, Miro Cappuccio (jay parts racing team) achieved a start to finish victory. Behind him there was initially a battle with Filip Koutecky and Luc Aaron Braasch (Quad Briel Racing Team) and Marie Lücke (Quad MX Live Racing Team) for the podium places. The latter was very consistent, got faster and faster and finally took third place. Only Martin Bach (171motosport), who had worked his way up from midfield, was able to get past the gap and thus secured second place.