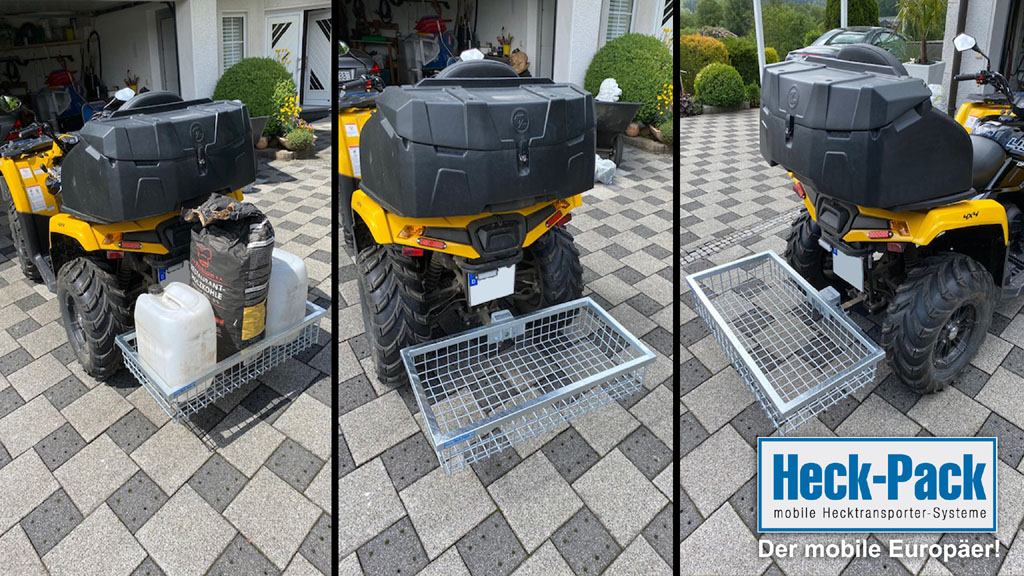 The specialists for mobile rear transporter systems have succeeded in obtaining a new, more up-to-date type approval for their well-known “Optimal” and “Deluxe” models.

These now have UN ECE 26R04 approval, which is valid in more than 60 countries, not just within the European Union. Heck-Pack is the only manufacturer of rear transporters for hunting to offer this approval. In the course of the tests for this new ECE approval, both the payload and the number of possible combinations with add-on parts could be increased. Regardless of the size of the rear transporter, the payload has now increased to 89 kilograms. The following add-on parts are now also permitted in connection with the two rear transporters: lowering and folding device and the guide adapter for the two new wild gallows. Rear transporters that Heck-Pack delivers with a mounted lowering or folding device have a permissible payload of 71 kilograms. If the guide adapters of the two wild gallows mentioned are installed, the payload remains at 89 kilos.

On the sofa through the landscape

Can it also be used?