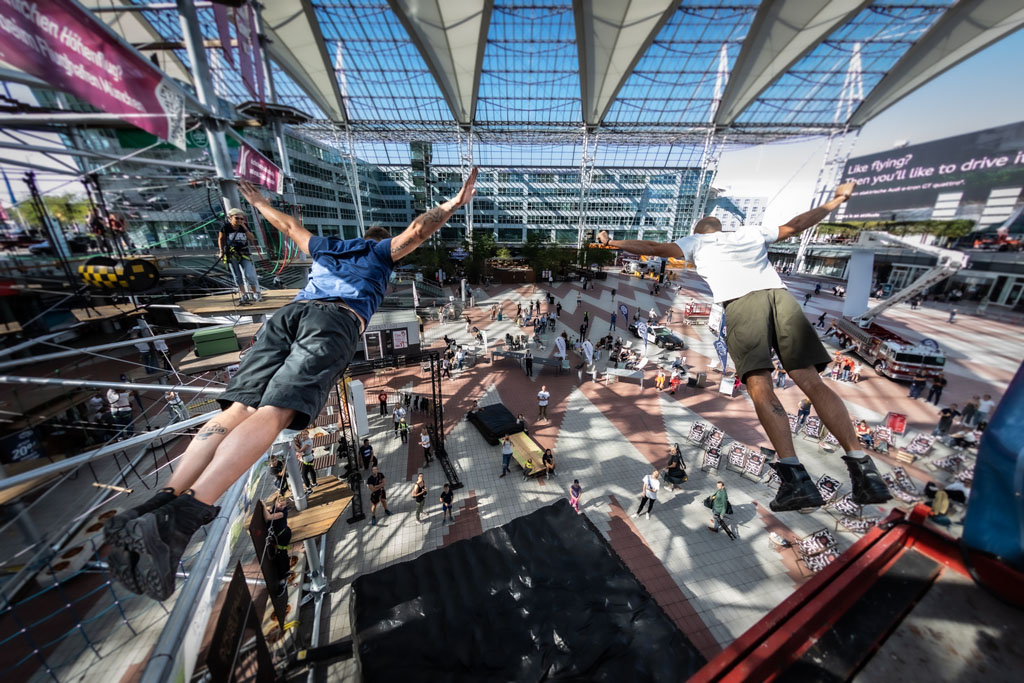 Flying high with a difference: Last weekend, visitors to the HAIX® Hero Days above the MAC Forum at Munich Airport.

Action-packed event with many attractions

Numerous passengers who were waiting for their flight last weekend were amazed when they passed the MAC Forum at Munich Airport. From Friday to Sunday, the large hall between Terminals 1 and 2 was transformed into a large world of experience from HAIX®. The specialist for functional shoes and clothing presented its brand values ​​as part of the “HAIX Hero Days”. Action-packed stunt shows by Stuntteam Germany thrilled visitors several times a day. Action legend Matthias Schendel (also known as Brad Pitt stunt double from Hollywood films such as Inglourious Basterds) moderated the shows and entertained the viewers non-stop. Between the shows, numerous interested people use the unique opportunity to perform a stunt themselves – under the guidance of the professionals. The adventurous could also climb the “Crystal Tower” high ropes course, which was specially created for the event. The majority of climbing enthusiasts took advantage of the offer from HAIX®, the tower in matching test shoes from HAIX® – the BLACK EAGLE Adventure 2.2 – to climb. For those who missed the event, no need to grieve. Due to the great response, the high ropes course in the MAC Forum will be extended until September 25th, 2022.

Other attractions such as the HAIX vintage cars, photo challenges and attractive promotions at the HAIX sales stand also attracted numerous HAIX fans to the event. The bestseller: The new airy light CONNEXIS® Air for more energy.