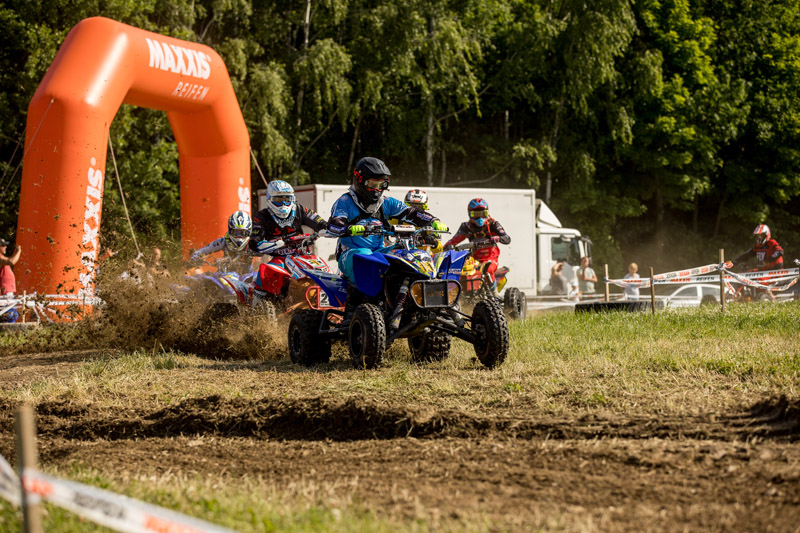 At the third run of the German Cross Country Championships (GCC) in Venusberg, the Ore Mountains once again showed their best side.

In the anniversary year of the GCC, the MC Mittleres Erzgebirge eV not only had a varied route, some with completely new parts for the drivers, but also fantastic views for the spectators who stayed around the quarry and the MX route. GCC race manager Christian Hens was very satisfied after the weekend: “Our thanks go out to Peter Thiele, Felix Fleischer and the entire MC MEK team on site. As always, very strong in terms of organization.” With the third race of the season in Venusberg, the 2022 GCC season already celebrated its mountain festival.

The quad and ATV races started early on Sunday morning. Denni Maas (STH Racing Team / Reifen Seiferth) got a start to finish victory in the XC Pro class. Kevin Müller (Offroad 360), who was initially promising in second place, had to retire injured after a crash on the third lap. Filip Koutecky of the Czech Republic moved up one place and took second place. Marie Lücke (Quad MX Live Racing Team), who was initially in seventh place, and also Daniel Marr, gradually picked up speed and both worked their way up the field. Lücke, who only arrived from another race during the night, drove extremely well and ended up in third place again on the podium. The win went to Dennis Maas, ahead of Filip Koutecky. July in Goldbach, Bavaria.

As usual, all information about the series can be found at www.xcc-racing.com

Ten years – a reason to celebrate

Custom made and ready to race