ATV Quad Magazine
Home Review GCC Schefflenz falls into the water – not and yet the run... 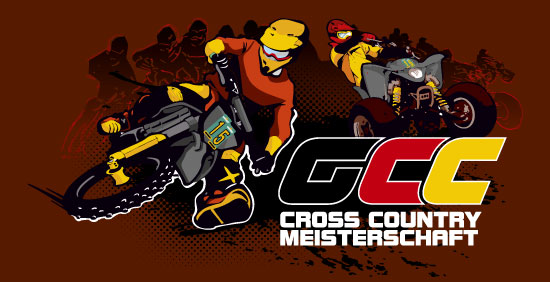 The GCC Schefflenz 2022 has been canceled due to drought. You read that right. After Corona comes the drought – water withdrawal ban from the district office. Basta.

The upcoming 5th run of this year’s German Cross Country Championship (GCC) in Schefflenz on the weekend of September 3rd and 4th, 2022 has to be cancelled! After a two-year Corona break, there will be no GCC races on the traditional MSC Schefflenz route for the third year in a row. “Unfortunately, the persistent drought and a ban on water withdrawal in large quantities are forcing us to cancel again,” said MSC Chairman Harry Wansner. “We would like to continue to organize races in the future and therefore have no choice but to comply with the official requirements. An event of this magnitude cannot currently be held without irrigation and would be irresponsible,” Wansner continued. “Together with the MSC, we of course also examined the option of a later date, but we couldn’t find a way. We very much regret the cancellation, but of course we stand by the club’s decision and can understand it, since it doesn’t look like there will be any significant rainfall in the region in the next 14 days either. However, the MSC Schefflenz has already signaled that they will be back at the start of the GCC Tour 2023,” says Ulrich Hanus from the GCC promoter Baboons. Looking ahead and the preparations for the GCC Finale on October 1st and 2nd in Bühlertann are already in full swing. All participants who have already completed the entry for Schefflenz will, of course, receive 100 percent of their entry fee back.

That’s how it works!