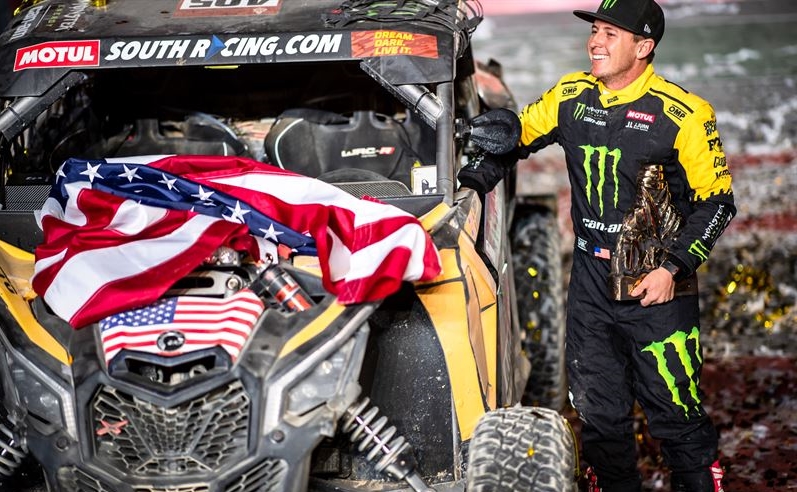 Almost a year ago, the Canadian powersports manufacturer BRP won the Dakar Rally for the third time in a row with its Can-Am brand. Today, at the start of the toughest race in the world, Can-Am is well positioned

BRP Can-Am starts with the Dakar in 2021 after a record-breaking racing year 2020 – with more than 30 Maverick SSVs among the 58 participating SSVs who take on the challenge. And with a record-breaking 2020 on the world’s racetracks, Can-Am is showing its dynamism more than ever.

“2020 was an incredible year for Can-Am off-road racing,” said Bernard Guy, BRP senior vice president of global product strategy. “The results speak for themselves. And just like for automobile manufacturers that are involved in Formula 1 or NASCAR, racing is also an important yardstick for us for our product innovation. We observe and test vehicle dynamics and performance under the toughest conditions, and then we take that formula for success and apply it to our entire range of products, whether the vehicles are on the racetrack, at work, or with friends and family. “

That year, the production-based UTV turbo racing categories were dominated by the Can-Am Maverick and his squad of professional and amateur racers. From the famous Dakar Rally in January to the SCORE Pro UTV Championship in December – and so many other races in between – the Can-Am Maverick brought a large and diverse group of drivers into the winners’ circle and made history in the process.

Highlights from all over the world:

In order to compete (and win) against the world-class competition, Can-Am racers start exactly where a normal driver starts: with a stock Can-Am Maverick.

“Our vehicles are developed with the driver as the starting point, and we create machines that are tailored to a wide range of needs,” says Jean-François Leclerc, BRP Race Manager. “The fact that the Maverick can produce amazing results on the toughest tracks in the world means that it was built to handle whatever challenges recreational riders put on it.”