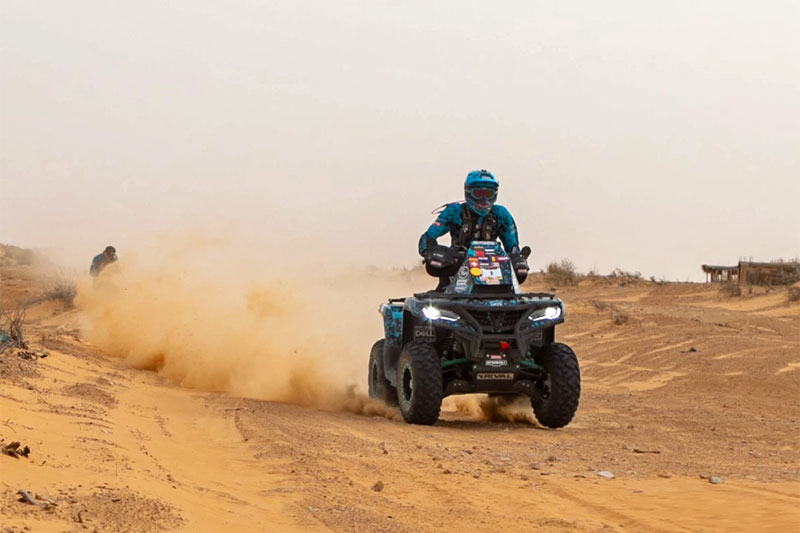 The CFMOTO Racing Team has big plans for next season, showing fans the new ATVs that will be on the starting line.

Although the team achieved good rankings last year, athletes Adomas Gančierius and Antanas Kanopkinas have set even more ambitious goals for this year. The racers say their goal is to complete more than 30 days of premier class racing in the 2022 season. The first was already on the starting line of the Fenix ​​Rally in March. Meanwhile, the team has some time to prepare for the Andalusia Rally, which will take place in June and is one of the stages of the World Rally Raid Championship. This will be followed by the start at the Wroclaw Rally in Poland, and at the end of August the athletes will say goodbye to summer at the Dinaric Rally in the Dinaric Alps. The sporty season is crowned with the Balkan Offroad Rallye in Romania.

Both riders of the team will compete this year with CFMOTO CFORCE 1000 quads, which differ from the standard models not only by specific upgrades for the race, but also by certain factory supplied components that have not yet been tested under high stress conditions . The factory has a new prototype engine,

From the beach to the mountains