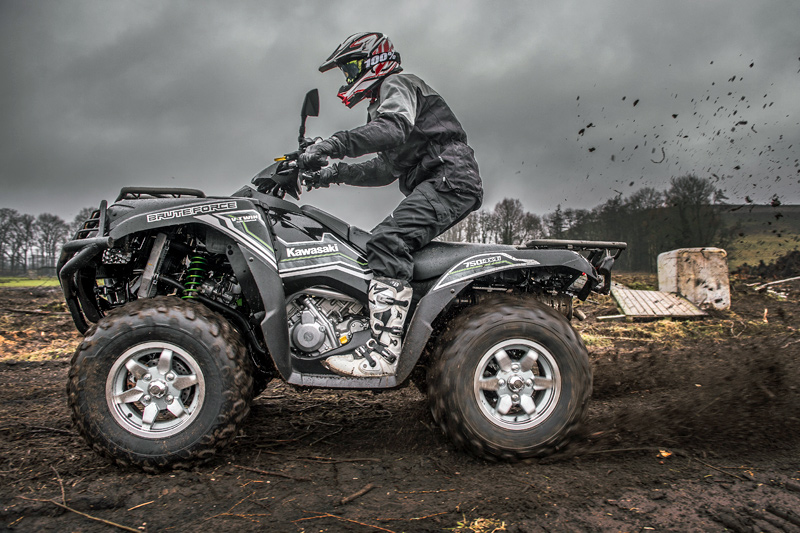 The largest quad and ATV dealer in the southwest recently celebrated a special anniversary: ​​Sacksteder GmbH has been THE regional contact point there since 1985.

A reason to celebrate: The Sacksteder family is looking forward to 35 years of company history in Saarlouis.

Tire and vehicle service, wheel alignment, brake service and tuning are in addition to the four-wheelers in the portfolio. The latter, however, made Sacksteder GmbH known throughout Germany. Interested parties will always find a large number of new and used vehicles to marvel at and get expert advice on the company premises.

The brothers Günter and Thomas Sacksteder regularly offer fans and their customers a highlight with their trips and trips. Most recently, they were still on the road in the south of France to make a great offer for all those who like to travel Quad, ATV, SbS and Spyder / Ryker drivers again for the coming season. In 2021 there will be another tour with completely new places and paths.

Complete service: whether at home in southwest Germany or on tours in southern France. The Sacksteder brothers are passionately committed.

The special thing about Head office in Saarlouis But it’s also that the robust and flawless ATVs from Kawasaki can still be offered here. And that with full service and sustainable supply. In 2016, the Japanese stopped importing the popular brute force in Germany and the EU. The family company Sacksteder still offers the ATV flagship, the Kawasaki Brute Force 750 4x4i EPS, with the powerful combination of a V-twin high-performance engine with 750 cm³ and a compact, lightweight chassis.

You can still find it here: The Kawasaki Brute Force is one of the existing vehicles in the Sacksteders range.

On the anniversary, Thomas and Günter said: “What we have built in 35 years is already unique. However, that would never have been possible without the support of our families and our committed employees. Some have worked for us for between 25 and 30 years. That is probably the best compliment we could wish for. ”Because of the Corona, they celebrated only in the smallest of circles,“ but ”, the bosses continued,“ we would like all the more for the loyalty and support of our customers , Employees and families! ”The company was founded on December 13, 1985 – a Friday by the way! – that’s why the two of them call it a lucky day today.

December 13, 1985: Thomas and Günter founded their company. A lucky day!